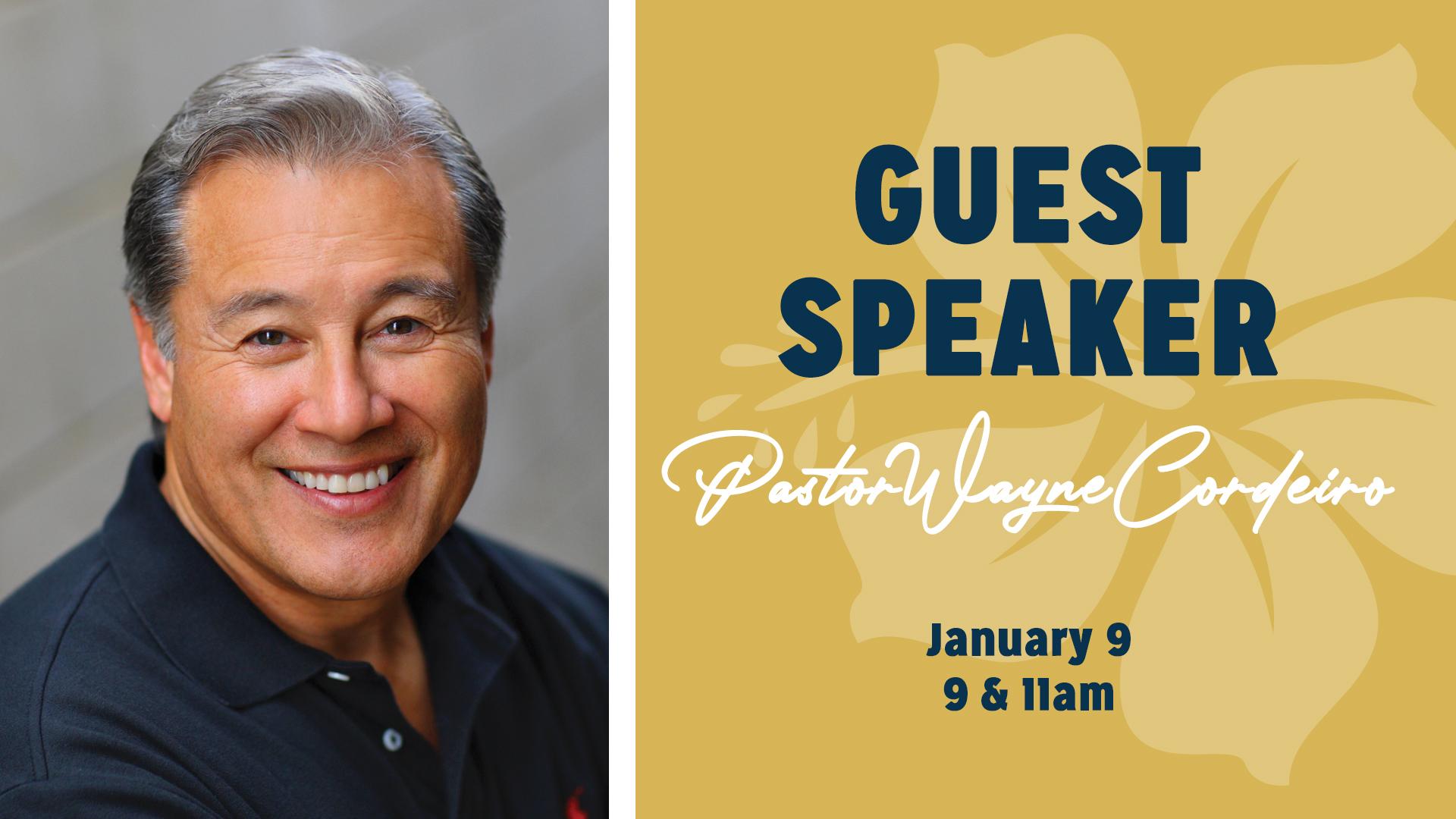 Dr. Wayne Cordeiro is the founding pastor of New Hope Oahu, one of the fastest-growing churches in the nation. Based in Honolulu, Hawaii, New Hope Oahu is known for their dedication to God’s Word while redeeming the arts and technology for the Kingdom. New Hope Oahu grew to 12,000 and has seen more than 120,000 first-time decisions in Hawaii since its inception in 1995. Cordeiro is a church planter at heart with more than 150 churches planted in the Pacific Rim countries of the Philippines, Japan, Taiwan, Okinawa, Australia and Myanmar. Nationally, New Hope has planted churches in Hawaii, California, Oregon, Washington and Nevada. They also oversee four bible Colleges: Pac Rim Christian University in Hawaii, New Hope Christian College in Eugene, Oregon, and Pac Rim Bible Institute in Japan and Myanmar. Cordeiro believes in investing in future leaders and releasing the God-given potential of the new generation. In 2017, he became the president of New Hope Christian College in Eugene, Oregon. He also teaches a master’s and doctoral program through Capital Seminary and Graduate School. In March 2020, Cordeiro church planted a lab church, New Hope West in Eugene, Oregon, in partnership with New Hope Christian College. The mission of New Hope West is to develop the “message and messenger,” providing a hands-on practicum by connecting what students are learning in the classroom and on the job training for ministry. Cordeiro has authored 12 books including classics such as Doing Church as a Team, The Dream Releasers, The Seven Rules of Success, Attitudes That Attract Success, The Divine Mentor, Leading on Empty, The Irresistible Church, Sifted, and Jesus, Pure and Simple. Cordeiro developed the Life Journal which is being used by thousands of churches to bring people back to the Word of God. He is also the general editor of the Life Connect Study Bible that was released in 2016. Wayne and his wife, Anna have three married children and nine grandchildren. His hobbies include teaching the Word of God, discipling leaders for the Kingdom, playing music, reading, and horses. He and his wife now spend most of their time in Oregon where they have a family ranch.